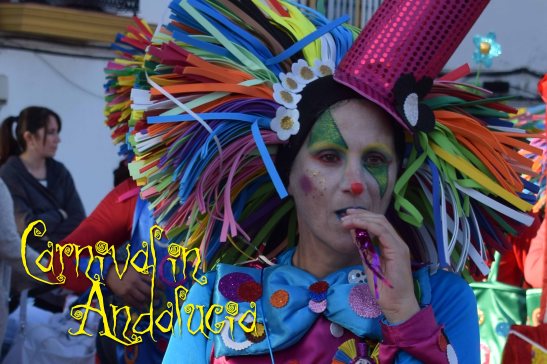 For more than quarter of a century Europe’s largest carnival took place on my doorstep. Well, not actually on my doorstep, it wasn’t big enough, but just beyond. I lived off London’s Portobello Road at the centre of a network of streets that play host to the Notting Hill Carnival at the end of August each year. Originally intended as a local event designed to promote cultural unity, in an area that had suffered more than its fair share of racial conflict, by the late 1970s the carnival had exploded into an international event drawing people from all over Europe and beyond.

In the summer of 1966, a small West Indian-style carnival was organised from the notorious Mangrove restaurant on Notting Hill’s All Saints’ Road. The Front Line, as the street was known back then, had a reputation as a haunt for criminals and drug dealers from the West Indian community. As well as being regarded by police as the hub of much of the illicit activity, the Mangrove acted as a meeting place for West London’s Caribbean and African communities; a place where they could seek help for problems the state and local councils mostly ignored, or just play a game of dominoes and have a chat. Notting Hill carnival is now one the biggest in the world.

When I first arrived in Conil de la Frontera in 2001, I learned the fisherman’s pueblo was just an hour’s bus ride south of Cádiz, home to one of Spain’s biggest and best carnivals. You can’t ignore carnival in Andalucia. From around mid-February and into early March, revellers pop out of fancy dress closets to fill the streets of even the smallest pueblos. Carnival is a celebration of the Andalucian love affair with life.

Known locally as Los Carnavales, Cádiz carnival is rated as one of the five great carnivals in the world. Believed to have been inspired by the masked carnivals of Genoa and Venice, it was probably introduced at some time during the 15th century by Genovese and Venetian merchants, who had settled in the city. By the early 16th century the three ports had become the main pivots of a bustling maritime trade stretching across the Mediterranean from Europe’s westernmost point to Constantinople and the East.

Byzantium, as Constantinople was first known, had acted as a gateway to the East since 667 BC, when it was founded by the Greeks. At the edge of the Old World, by the Atlantic Ocean, Cádiz became south Europe’s gateway to the Americas in the century that followed Christopher Columbus’s epic voyage in search of a new spice route to the East Indies. In 1493 and 1498 the Genovese navigator set out from Cádiz on two of four voyages to the New World intended to further explore the Caribbean islands and the South American mainland. But there is evidence the roots of Los Carnavales stretch back further than the 15th century.

The Carnival of Venice can be traced back almost a thousand years to when Venetians gathered to dance in the city’s San Marco Square in celebration of the victory of the Venice Republic over the Patriarch of Aquileia in 1162. Since then the carnival has followed a chequered history, culminating in the event being banned entirely in 1797, when wearing masks for any occasion became strictly forbidden. Though some celebrations were held over the following two centuries, it only returned to its full splendour in 1979.

Remains of buildings raised three thousand years ago are still being unearthed in Cádiz. The oldest continuously inhabited city in Western Europe was known as Gadir or Agadir, meaning The Wall, to the Phoenicians that founded it. The Carthagians that followed the Phoenicians were succeeded by Romans in 206 BC, when the city became known as Gades. 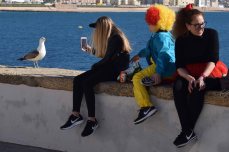 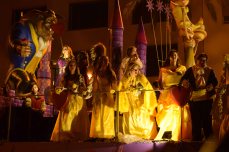 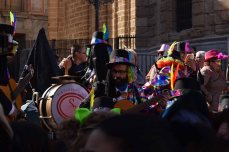 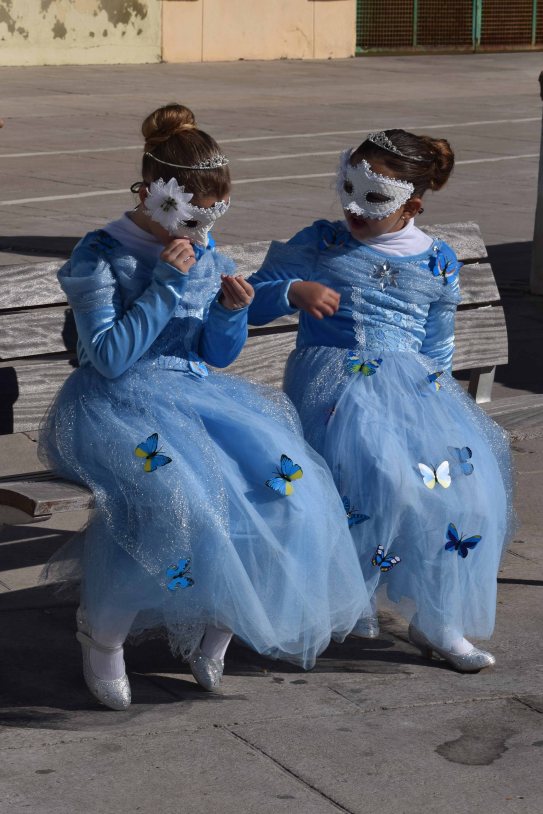 The festival of Bacchus was Greek in origin. Though the history is clouded, at some point in time it seems to have  been absorbed by the Roman festival known as the Liberalia, the festival of Liber Pater. The god of viticulture and wine, fertility and freedom Liber Pater is associated with free speech and citizens’ rights. The Liberalia was celebrated on 17 March, more or less the same time of year as the Los Carnavales is celebrated today.  The celebrations involved sacrifices, processions, lewd songs, and masks. The Roman historian, Livy (Titus Livius), recorded that the event has descended into such violence and orgy by 186 BC that the senate took control. We get the word liberty from Liber, and from that we get libertine.

Riotous parties held by wealthy Romans on estates outside Gades are a matter of contemporaneous record. Stories of wild Gaditan dancing girls spread far and wide. Citizens of Cádiz still refer to themselves as Gaditanos. After a couple of attempts the Romans were finally ousted by Visigoths in 572 AD. Historians consider the Visigoths to have been the most civilized of the barbarian tribes. But hey, barbarians are barbarians, they didn’t get their reputation for exemplary behaviour at parties.

To give an idea of the way news travelled through the Roman Empire. Pliny the Younger, wrote that a man travelled all the way from Cádiz, described by the ancients as the edge of the earth, just to meet Livy.

Carnival is a time for Gaditanos to let their hair down to express themselves freely without fear of censorship, as evidence shows they did back in Roman times.

Over the two weeks of carnival, groups of singers in fancy dress, stalk the lanes and alleys of the old city, like bands of medieval minstrels wandering about a royal court. In common with ribald and gauche songs of the Roman feast of Liberalia, the humour in the songs of the carnival chirigotas is irreverent, anarchistic and satirical. Lyrics often skate on very thin ice as far as defamation and libel are concerned. Many are deliberately intended to prick inflated egos with a fine needle. The less elegant do the job with a blunt axe. The church, the judiciary, the police, the monarchy and politicians are all up for grabs, being taunted in ways that could lead to arrest at other times of the year. This year the daughter of a local bullfighter took legal action to try and ban a song that referred her family. Throughout its history, laws attempting to ban, or restrict, carnival have failed, as resilient Gaditanos have openly defied them. When all’s said and done, carnival is highly political and Liber Pater was the Roman god of freedom and freedom of expression. Carnivals throughout history show that kings and politicians don’t like carnival when things start to get a bit rough.

Three types of songsters roam the thoroughfares during carnival. The chirigotas, comparsas, and coros begin planning months ahead, some even start the day after the carnival just gone. Composing, arranging and rehearsing is time-consuming. Then there’s the designing and making of  costumes. Employing the brightest colours the imagination on display is stunning. Common household items are cleverly adapted for props. A lot of the costumes are influenced by popular culture and based on personalities currently in the public eye, both fictional and real.

Los Carnavales isn’t a spectator activity, it’s a hands on affair. A large proportion of the locals wear costumes, masks and make-up. Supermen, Batmen and Smurfs were popular this year, as were schoolboys, pirates, nuns, Mad Hatters, Mickey and Minnie Mouses and female bishops. Most of those not wearing costumes have their cheeks painted with large red spots.

On the day of the cavalcade the groups of wandering minstrels stalk the alleys and lanes old city. Their vivid costumes and painted faces add a surreal atmosphere to the narrow thoroughfares of high houses built centuries before. As the historical centre of the island city has remained virtually unchanged for centuries, there is almost no motorised traffic whatsoever. It’s possible to imagine you’ve been transported to some magical former age.

Sex Pistol, Glen Matlock said he got the idea for Anarchy in The UK from witnessing the 1976 Notting Hill carnival erupt into a riot. From the earliest days carnivals have acted as a valve for society  to let off steam. Such large events are bound to attract a small number of criminals. Though that may require a police presence, the Metropolitan Police had been criticised in the years leading up to 1976 for their increasingly heavy-handed approach to carnival. For many young blacks the bobby on the beat of their childhood had morphed into robocop, abusing the event by turning it into an exercise to settle scores. On the morning of August 30th 1976  hundreds of police officers were sitting in green buses parked in streets just beyond the carnival area. Some of the buses were filled with riot control gear. It was as though they had some foreknowledge of what was going to happen later that day.

After the big parade in Cádiz, it might be assumed the parade in Conil would be a bit of an anti-climax. However, Conil’s carnival, though smaller than Cádiz’s is just as impressive in its own way.  It’s just different. Much more a family affair than Notting Hill, it still has a Notting Hill vibe about it. Like Notting Hill, there are no barriers lining the route, as there are for the parade in Cádiz, which takes place beyond the old city walls along the boulevard known as the Avenida Andalucia. 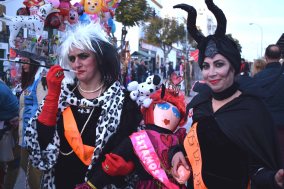 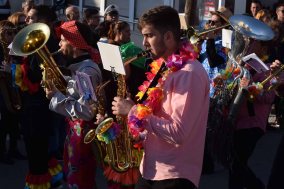 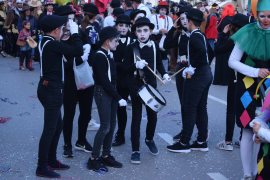 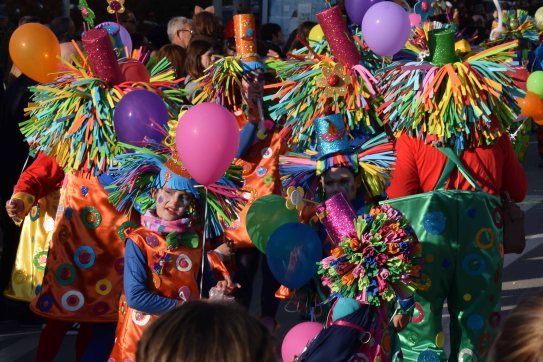 On February 24th, a week after the calvacade, the chirigotas of Conil took to a stage erected in the middle of callé Chiclana, which had been closed off for the event. Like the calvacade of the previous weekend, there was a family feel to the occasion. I joined the crowd as the groups performed their repertoires before an enthusiastic audience. Many of them will have had sons, daughters, husbands or wives among the performers. All seemed well aware of all the obvious allusions in the lyrics, laughing and cheering their approval throughout.

This year, gods were kind enough to allow rain-free breaks over carnival, though there were plenty of soaks in between in what has been an extraordinarily wet winter. With the carnival season over, the end of the final day brought excited chatter about how much better things are going to be next year. 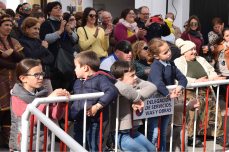 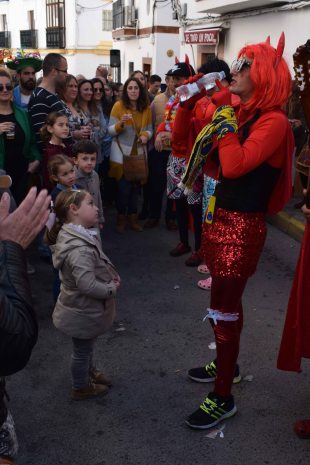 10 comments on “Carnival in Andalucia”

This entry was posted on March 23, 2018 by Bryan Hemming in Articles, Journalism, Music, Photos, Travel.