A seasonal tip for everyone. Staring downward, instead of eyes front, when out walking, can lead to a lot worse than bruising your head on a lamppost, and feeling very stupid. Even worse than being chortled at by unsympathetic passers-by. Take it from an expert.

Cat’s bottoms, for a start. The more you look downwards, the more you keep seeing them. They lift up their tails just as soon as they get in front of you, which they always manage to do somehow, however fast you try to walk. I can’t help thinking it’s their way of mooning at every human being on the planet.  And, as anyone who has emptied a cat litter can testify, cat’s bottoms, though extremely productive, are one of the least appealing aspects of cats. Partly because it’s so runny, cat shit is the most disgusting substance in the entire universe. And beyond.

In the 1980s I had several friends who kept cats’ litters in the their kitchens. I could never get my head round the idea. In the same way they would’ve never been able to get their heads round one of their visitors shitting on a copy of The Times covered with gravel in a plastic tray next to the cooker in the kitchen. In the kitchen, for chrissakes! On The Times, maybe. But in the kitchen, never. For health reasons. Though I suppose it could’ve been some sort of fashion statement.

Once I popped round two a couple I knew when they were cooking beef stroganoff on a stove next to the cat litter while the cat was crouched over doing its business. The smell of the combination was so overwhelming I vomited all over the sherry trifle. It wasn’t completely wasted, as they fed it to the cat. The cat got so pissed on the sherry it got stuck in the cat flap. Oh, how we laughed that night.

So why is watching cats lick their bottoms so hypnotic? While deeply disgusting, at the same time, the sheer elegance with which they carry out the unhygenic and unseemly practice is breathtaking. If humans could do it like that, it’d become an Olympic sport, like formation swimming, or that jumping about on a big mat thing they do with hoops round their ankles.

Cats’ bottoms definitely have something very unsavoury about them considering they’re so little. But then, examined at the closest of quarters, I suppose most bottoms are a bit on the unsavoury side. Not that I’ve done anything like that, of course. I wouldn’t. Except in the cause of journalistic research. Getting close to camels’ bums is very inadvisable. So, a friend told me. He had a friend who knew someone. Not that close a friend. More like someone I once met. It was long time ago. I can hardly remember anything about it now.

Almost completely forgot what I ranting on about then. Bumholes, that was it. They aren’t so different so as you can recognise people you know from them. At least, I wouldn’t think. I mean you’d have to be exceedingly familiar with the people you know for that to be the case. Though I suspect the police might be able to recognise criminals from their bumholes. For no other reason than each one leaves its own unique print like a finger print, but not so finger lickin’ good. Mind you, when you think of where some fingers have been…probably best not to. Especially, if you’re just about to tuck into your dinner.

To be perfectly honest – though, for the life of me, I don’t know how you can be imperfectly honest – off-hand I can’t think of an example of a crime being solved on the evidence of a bum print. But I’m sure there must be one. At the very least. You can look it up on Wikipedia, and leave a comment. There’s little doubt in my mind, even if our children don’t, our children’s children may be lucky enough to see the time when bum print technology is as widely known as DNA for solving crimes of the future people haven’t even invented yet. I bet you the NSA are gathering information on bumholes wherever they can. Their files are probably full of pictures of people’s bumholes. The crimes of the future are the profits of tomorrow, so why not commit them today? As a banker might say.

Thinking about it, perhaps the most unsavoury bottoms of all are old chimps’ bottoms, which look as though they’ve been turned inside out and left in the sun to dry. Baboon’s bottoms can turn my stomach too. And looking at elephant’s bums even from a distance is like having old men’s bums pushed in your face. Well, like one could imagine it might be to have one pushed in one’s face.

Have you noticed how many wild life documentaries spend a hell of a lot of time focussing on animals’ bums? Or is it just me? Well, I haven’t noticed, in fact. So you might want to think about that. It could say a lot about you.

Anyway, that’s my tip for today. Remember, when out walking make sure it’s eyes front each time and every time. Toodle-pip till Boxing Day.

This entry was posted on November 29, 2013 by Bryan Hemming in Articles, Humour and tagged Bottoms, Cats, Fiction. 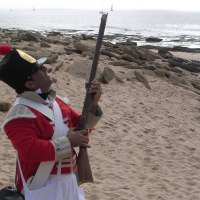