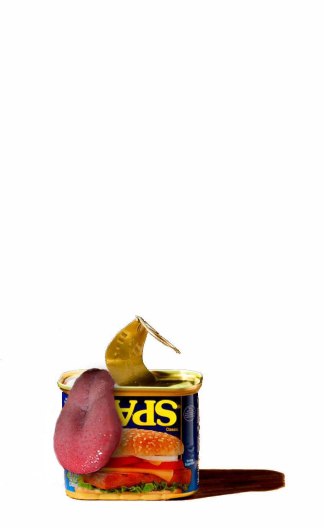 Exactly how unpopular do you have to be not to get spam? Before anyone tries to tell me exactly how unpopular, it’s a rhetorical question. Without wanting to seem overly melodramatic, not getting spam virtually amounts to virtual exile from virtual reality. Doesn’t it? Okay, I’m being overly melodramatic a tad. Nevertheless, a huge chunk of technoworld turning its back on you counts as a cybersnub, at the very least. The knowledge you’ve fallen so far out of the net, you’re not even worth spamming, is one insult too far. How dare they not send me spam? To paraphrase Oscar Wilde: “There is only one thing in life worse than being spammed, and that is not being spammed”. To my mind, it’s nothing less than a denial of your existence in cyberspace.

Nobody messes with me without knowing it, I can tell you. Right at this moment I’m working out how to ruffle a few feathers down at spam HQ. Firing off a salvo of angry emails to the boss, for a start. Let him know who he’s dealing with. Show him how important I am

For instance, the boss probably doesn’t know about all those important spam emails I used to get telling me someone had died in a plane crash in Africa leaving me several million pounds. All I had to do to claim my inheritance was to  transfer thirty-five grand to a bank account in Accra – along with all my bank details. The money was to take care of a few legal matters that needed attending to before the really big money could be released. Big money. Who gets those now? I want answers.

And there’s Zinochka, the beautiful, young, Ukrainian woman from Dniprodzerzhynsk. Named after Felix Dzerzhynsky, founder of the Bolshevik Secret Police, the city is most famous for a tragic tram accident in 1996. Last time I heard from Zinochka she was looking to start a stable relationship with me. I didn’t get straight back to her on that, as I’m trying to work out how to fit it in with my current stable relationship. And how to best present the idea to Anji in a way she’ll understand. If I can figure that out, who knows? Maybe I will need some of that Viagra a pharmaceutical supplier, working out of a bedroom in Winnipeg, has been telling me about, after all. He used to spammail me constantly with offers of all sorts of alternative stimulants and stuff. And I might need a big tub of penis enlargement ointment too. For a friend, of course. How dare they not send me spam anymore! It’s discrimination of some sort. Spamism. People used to spam me from all over the place. There ought to be a law against it.

Seems I’ll have to change my settings to extra spam-friendly to feel wanted again. Viagra salesmen welcome here. You givin’ spam? Bring it on mothersucker! I got plenty of frackin’ room in my mailbox.

Reminds me of another brilliant, new idea I had recently while trying to imagine little elephants out of the stains on the ceiling I was staring at.

Financial embarrassment is not a condition I’m very familiar with. Not because I’ve got so much cash it’s flowing out of my boots, I hasten to add. Au contraire, amigo. Fact is,  I’ve got so used to not having money it’s become the norm. If my face went red every time I was caught without any cash on me, people would think I spent most of the time standing on my head. If you really want to know, I only spend some of the time standing on my head these days. I’ve learned my lesson. Ever since the blood rushing to my head made me so dizzy I fell off the sofa a couple of months ago, I’ve cut down. I still remember Auntie Betty telling my mother it was just a phase I was going through when I was ten-years -old. “They soon grow out of it,” she said. Owing to her uncanny foresight, Auntie Betty had a bit of a reputation as a soothsayer down in the village. Looking back, it’s kind of spooky to think, even though the prediction might’ve been a few decades out, depending on your definition of soon, time eventually proved her partially right.

Now what was I on about? Ah yes, my brilliant, new idea has got to do with travel. I expect you”re dying to know all the details. Okay, I’ll let you in on it, if you all promise to keep it to yourselves. Those who can’t keep a promise are forbidden from reading any further. It all began some years ago.

As some of you might be aware, I had been enjoying a small amount off success as a freelance travel journalist when I first came to live in Spain. Only snag about that was the job didn’t pay enough to allow me to travel. Well, maybe enough to travel, but not to travel and eat. When it comes down to a choice between travel journalism and eating, I come down on the side of eating, every time. But I stray from the main point. In order to show my lust for foreign adventure hasn’t died, I’ve worked out a fantastic way to get my face to every corner of the planet without it costing a penny.

Where I live, Andalusia, is a holiday destination for hundreds of thousands of people from all over the world. Nearly every one of them has some sort of camera in their phone as well as all their other techno thingamagadgets. The essence of my plan is to get in as many photos as possible. Allow me to explain. Lying in wait at street corners I’ll be ready to pop into the frame, as soon as anyone pulls a camera out. My plan is to get in the background, or just to the side. The unknown man, who happened to be sitting on a bench behind them, or paused to admire the view. By the end of this year my face is going to be a firm fixture in millions of homes. If I can’t get to see the world, at least I can get the world  to see me.

Pretty soon, a couple of tourists are going to be showing holiday snaps to one other when they notice they have the same face in the background. My face. I can see it snowballing from there. In no time at all I’ll be recognised on iPhone screens from Beijing to Buenos Aries. More and more people will realise they have my face in their photos, to the point I become internationally famous as ‘The Face’. No photo of Andalusia will be complete without ‘The Face’. I might even start getting spammed again.

Now all I’ve got to do is work how to make money from my brilliant, new idea.

Funny how stains on ceilings can look like elephants. If you look long enough, that is. But some look like fluffy kittens.

This entry was posted on May 9, 2013 by Bryan Hemming in Articles, Humour and tagged #WPLongform, Andalusia, spam.