The cousin that spoiled teatime 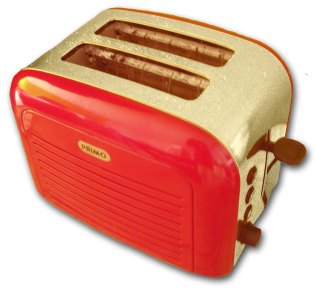 My cousin died on me the other day. Came as a bit of a shock. What a time to choose. It really put me out. Halfway through toasting a couple of slices of bread. Just like that. You’d think he might’ve finished the toast first. I was waiting for those two slices. Even had another small project in mind, involving bacon, lettuce, tomato and mayonnaise for before we all went to bed. I could’ve used him for that. Nope, he just gave up on the job and died. In our kitchen. Next to the sink. Above the washing machine. Couldn’t have happened at a worse, or more inconvenient, moment. I was really hungry. Doesn’t it get you when they go without any warning? It’s so annoying. They do it before you’ve had a chance to eat your tea. It can put you off eating anything at all. Especially if you were really looking forward to a couple of slices of toast with melty butter.

Ah, I think I left out the bit explaining ‘primo’ is Spanish for cousin. I meant to put that in earlier. Oh yeah, and Primo is also the brand name of our new, red and chrome, retro toaster. That’s how it came to be known as my cousin. Our new, red and chrome, retro, broken toaster. The one that died. Built to last forever. The one we bought from Aldi that never lived long enough to celebrate its three month’s birthday. The one with the three year guarantee.  By the look of it you’d think it’d far outlive its guarantee and last a lifetime. We did. That’s why we didn’t keep the guarantee. Nor the receipt. Well, it did last a lifetime; its own. To think, only the other day,  I was saying: “It’ll see me out, that toaster. Mark my words.” The whole episode reminds me of the time I applied for a summer job as a fortune teller on Blackpool Pier. My hopes were dashed once I unwittingly let slip I thought tomorrow was Thursday, on a Friday afternoon. It was back in the days of Tequila Sunrises and Happy Hour. I digress.

Why do I always get the dodgy one? They must see me coming.

Like the laptop we bought from MediaMarkt before Christmas. After only two weeks the screen started telling me the fan wasn’t working, and if I didn’t turn it off immediately it would explode into zillions of tiny, little bits that nobody would ever be able to put together again. And I could kiss cheerio to my unfinished novel too, because it would be taking that to cyber hell with it. Along with my photos, and all my other important documents. I made some of that up. I don’t have any important documents. But I did have to take it back to the shop.

By the time I reached the front of the queue I was boiling for a scrap. Over half an hour of waiting had given me the chance to work out the whole heated discussion from beginning to end, then translate it into rudimentary Spanish. All in my head. It was sizzling.

I knew the first thing I’d be interrogated about was if I’d followed the instructions. And I had the answer to that. Of course, I’d read a couple, like everybody else. You’d be a fool not to. But nobody reads them right to the end. Do they? I mean it’s not like a law or anything. And then I’d be asked if I’d dropped it, or washed it in the bath along with the dog. Or tried putting a few thousand volts through it to see what happens. I was ready for any question they cared to ask. But one thing I wasn’t ready for was sympathetic understanding.

The polite German assistant, who  spoke perfect Spanish and English, had me floored. So terribly nice was he I became too dumbfounded to do much more than mutter servile appreciation. Even when he told me it might take six weeks, or more, to repair, I smiled happily with humble gratitude, as though it was my fault. When he told me such a fan failure almost never, ever happened, he said it in a way that made me feel so special I could hardly stop myself from bursting into tears and falling down on my knees to kiss his hand in thanks for being so terribly nice and understanding. No problemo, take as long as you like, please. What’s a few weeks? Or months? Between friends. Thankyou, thankyou, thankyou, a million times. Dankeshön and muchas gracias. My grovelling knew no bounds so guilty did I feel at harbouring nasty thoughts about this wonderful example of the human race.

With hardly a week gone by the terribly nice, German man phoned to say it was ready. My guilt intensified. I wasn’t even sure I could face him, knowing what horrible thoughts had passed through my mind while standing in the queue. I even thought about donning a disguise. Then Anji said  he would recognise me from the laptop I was there to collect. I told her I could pretend I was my brother. Contrary as ever, she reminded me I didn’t have a brother. It shouldn’t have been necessary for me to tell her the terribly nice, German man didn’t know that. But it was. In the event I went as myself. Luckily, he wasn’t on duty by the time I got there, and I managed to sneak out shamefacedly without him seeing me. Even worse, the laptop was better than when we bought it. If ever there was a candidate for beatification, the new Pope need look no further. On the other hand, as I know from many of my very own, personal experiences, pride comes before fall. So maybe he should watch out. Not the Pope, the other one.

So let’s hope Aldi will behave the same. I’ll be ready for them if they don’t. I’ve been practising all the nasty things I’m going to say in Spanish. I’m boiling for a scrap. Nobody messes with my teatime toast.

6 comments on “The cousin that spoiled teatime”

This entry was posted on April 27, 2013 by Bryan Hemming in Articles, Humour. 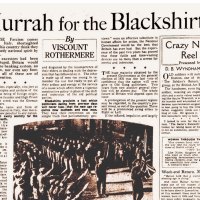 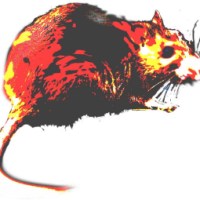