The Tale of the Shrimp – Camarón de la Isla

A popular flamenco saying goes: “When I sing with pleasure my mouth tastes of blood.” The words speak volumes about the vibrant gypsy music indigenous to Andalucia, and the harsh environs that spawned it.

Blacksmith by trade, José Luis Monge moved from the small fishing pueblo of Conil de la Frontera to nearby San Fernando shortly after his marriage to Juana Cruz Castro. Just south of Cádiz, and surrounded by salt marshes, the town is known locally as La Isla de León, or simply ‘la isla’ the island. Once settled, the poor gypsy couple went on to produce a large family. The fourth son of eight, José Monge Cruz was born on 8th December 1950 on the patio of number 29, calle del Carmen. The baby boy soon grew into a skinny and active child. With his blonde hair and pale, almost transparent, skin it was little wonder his Uncle Joseico dubbed him Camarón (Shrimp). And as Camarón he went on to be the most revered flamenco singer of modern times. Read more Copyright © 2011 Bryan Hemming               Conil 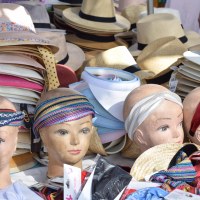 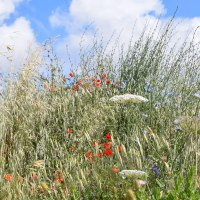 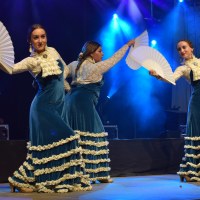